Star Wars: X-Wing: The Board game

Â
Control the most advanced starfighters and outstanding pilots in the galaxy! In X-Wing Miniatures Game, you take the role of squad leader and command a group of merciless Imperial or daring Rebel pilots in furious ship-to-ship space combat.

Featuring stunningly detailed and painted miniatures, X-Wing recreates exciting Star Wars space battles from small engagements of only a couple of craft to large conflicts where multiple squadrons clash. Select and equip your ships, pick your crew, plan your attack, and complete your mission. 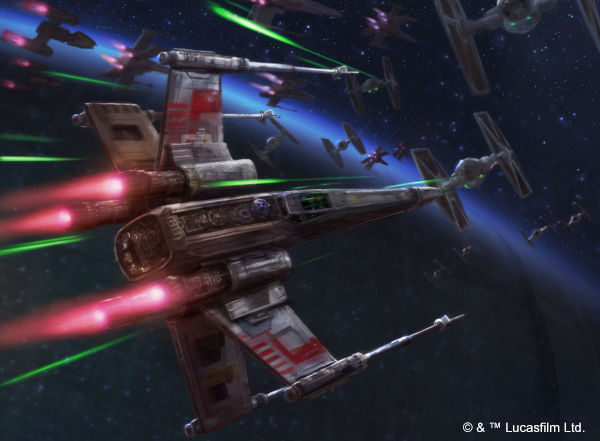 Intuitive Rules Have You Fighting in Minutes

X-WingÂ includes everything you need to begin your battles, such as thirteen Ship cards (featuring nine Imperial and four Rebel pilots), five Upgrade cards, and three fully assembled and painted ships. With the quick-start rules, you can simply select one of the exciting missions, position your ships on the playing space as instructed, and choose your opening move.

To move your ships, simply use the maneuver template guide that corresponds to the maneuver you've chosen for a given turn. First, place the starting end of the movement guide flush with the base of your craft. Then, pick up your miniature and place it at the end of the template. After all the ships have moved, you're free to determine attacks against any enemies in range. This straightforward mechanic delivers a wealth of tactical depth; make sharp turns, execute amazing Koiogran turns, and outmaneuver your opponent!

Choose Your Crew and Arm Your Starfighters

Build your own squadron usingÂ X-Wingâs advanced rules to select your favorite starfighters, pilots, and upgrades. Before the game begins, youâll have a set amount of Fleet Points to invest, which you may spend to customize your squad. Whether you enter the fight with a Rookie Pilot, an experienced Red Squadron Pilot, or even the resourceful Luke Skywalker, youâll have a range of options before you even fire up your engines. Moreover, you can arm your ships with astromech droids, extra weapons, or special skills, which have a significant impact on your fighterâs battle performance. 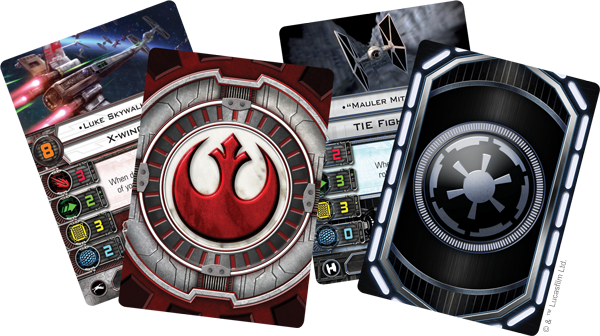